A Christmas Carol Opens at the Oregon Cabaret on 11/18

A Christmas Carol Returns to the Oregon Cabaret 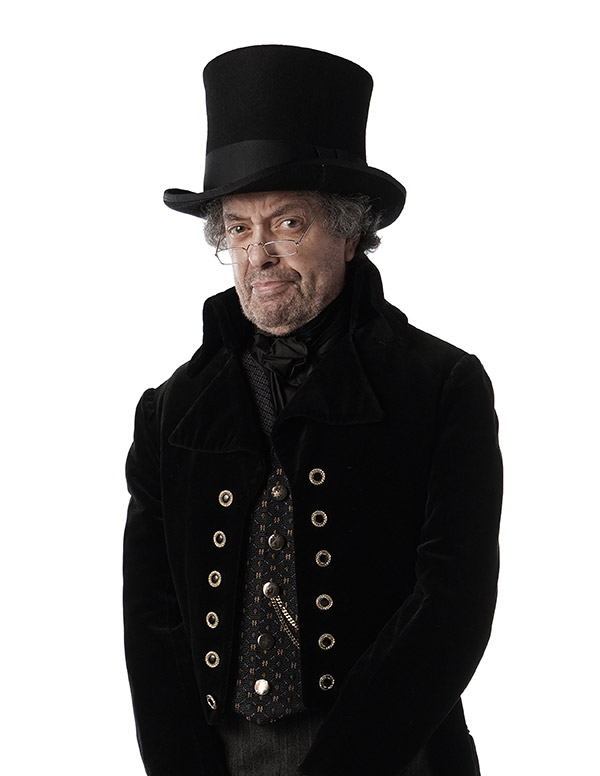 The Oregon Cabaret is bringing the beloved Charles Dickens holiday classic A Christmas Carol to its stage from November 18th to December 31st.

A Christmas Carol is the beautiful, haunting tale of that fateful Christmas Eve when miserly curmudgeon Ebenezer Scrooge is visited by his old business partner Jacob Marley. Scrooge is told to expect three spirits to haunt him – spirits of Christmas past, present, and future – intended to set Ebenezer on the unlikely path to redemption.

“I don’t get jaded about A Christmas Carol,” says adapter Rick Robinson. “I love, love this story and have a fondness for it whether it’s Albert Finney in the lead role or it’s Michael Caine playing opposite muppets. We last did my adaptation of A Christmas Carol in our first full season here in 2015 and it was a production that had a steampunk aesthetic. This version has been updated to lean into the Victorian era ghost story. Our director Vanessa Ballam, who was a cast member in the previous version, has done a really tremendous job of making this version something completely new.”

Vanessa Ballam directs, having previously been an actor at the Cabaret in the original 2015 production of A Christmas Carol. Tony Carter, a Cabaret favorite as an actor, serves as her assistant director and choreographer.

The work of the show’s adapter, Rick Robinson is well known to Southern Oregon audiences where he has written the script for the Cabaret original Pine Mountain Lodge (2016), and served as the adapter for A Christmas Carol (2015), Sherlock Holmes and the Sign of the Four (2019), Poirot: Murder on the Links (2021), and Sherlock Holmes and the Final Problem (2022).

If it were a movie, A Christmas Carol would be rated PG for some adult situations and supernatural effects that could frighten younger children.

A Christmas Carol is one of two shows being produced by the Cabaret this holiday season. The other, White Christmas, opens on December 1st and will perform at the Thomas Theatre at  OSF. Tickets for White Christmas are available through the OSF Box Office at 800-219-8161 or osfashland.org.

Reservations are required for pre-show dinner or brunch. Appetizers, cocktails, beverages, and desserts are available without reservations. Tickets are $43 for A-level seating, $39 B-level seating and $29 C-level seating. The Cabaret offers a 15% ticket discount for groups of twelve or more for select ticket types and performances. $15 student rush tickets can be purchased 15 minutes before curtain with a valid student ID, subject to availability. For additional information or to purchase tickets, call the Oregon Cabaret Theatre box office at 541-488-2902 or visit oregoncabaret.com.