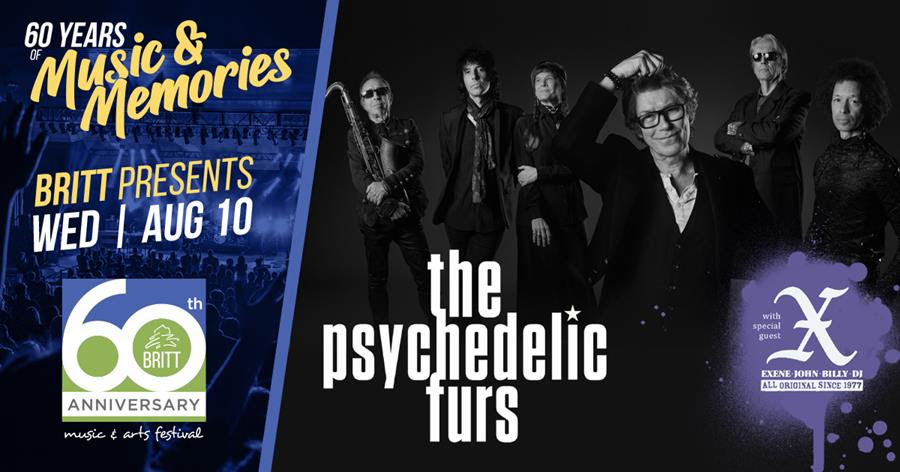 Psychedelic Furs: Made of Rain 2022 Tour

The Psychedelic Furs may not have invented rock & roll per se, but their influence since arriving on the post-punk scorched-earth landscape four decades ago has reverberated and resonated among all those who cherish the sweet-and-sour spot where rawness and romanticism meet. Born out of the UK rock scene and led by vocalist and songwriter Richard Butler, and his bass-wielding brother Tim, the Furs quickly developed as one of the premiere bands at college and alternative radio scoring a multitude of major hits with “Love My Way,” “Pretty In Pink,” “Heaven,” “The Ghost In You,” and “Heartbreak Beat” in all releasing eight studio albums, spawning several compilations, a boxed set, a live concert DVD and inspiring one of the most iconic motion picture soundtracks of all time.   Their latest release “Made Of Rain” became the Furs’ second highest charting UK Album ever and was prominently featured in the end of year “Best Albums” roundup in a multitude of publications worldwide. The Furs especially thrive live in concert having headlined the U.K.’s famed Glastonbury Festival, performing at sold out gigs at the California’s Hollywood Bowl and continuing to tour quite regularly around the globe.  The Psychedelic Furs touring lineup remains Richard Butler (vocals); Tim Butler (bass); Rich Good (guitar); Mars Williams (saxophone); Amanda Kramer (keyboards) and Zachary Alford (drums).

Formed in 1977, X quickly established themselves as one of the best bands in the first wave of LA’s flourishing punk scene; becoming legendary leaders of a punk generation.  Featuring vocalist Exene Cervenka, vocalist/bassist John Doe, guitarist Billy Zoom, and drummer DJ Bonebrake, their debut 45 was released on the seminal Dangerhouse label in 1978, followed by seven studio albums released from 1980-1993. Over the years, the band has released several critically acclaimed albums, topped the musical charts with regularity and performed their iconic hits on top television shows such as Letterman and American Bandstand.   X’s first two studio albums, Los Angeles and Wild Gift are ranked by Rolling Stone among the top 500 greatest albums of all time.  The band continues to tour with the original line-up fully intact.

Pre-concert music: The Shaky Harlots Begins at 6:00 PM on the Enfield Stage in the Britt Performance Garden

Based on your subscription and musical preferences, this email is to let you know that the August 10 concert with Psychedelic Furs is quickly approaching! 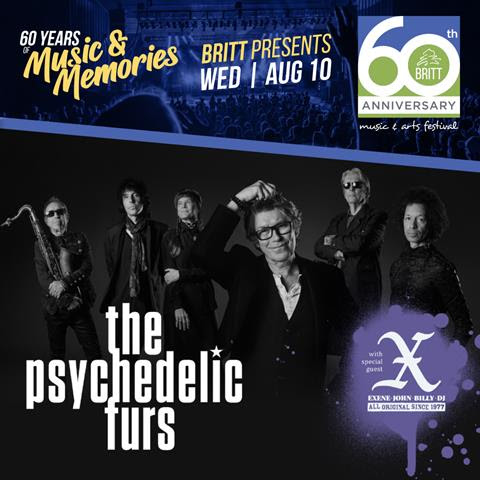 ALCOHOL:  Patrons will NOT be permitted to bring in outside alcohol for this performance

At this time, Britt does not plan on requiring any COVID patron restrictions during the 2022 season.