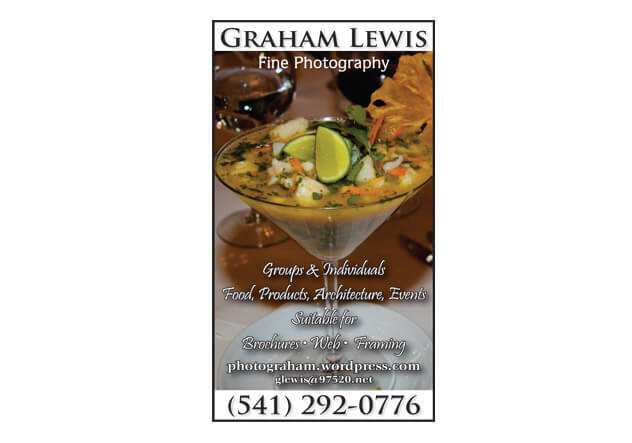 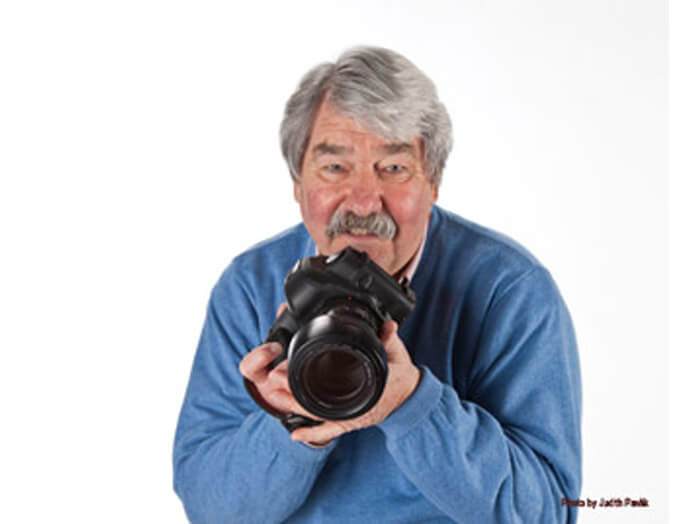 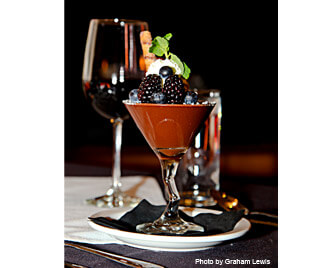 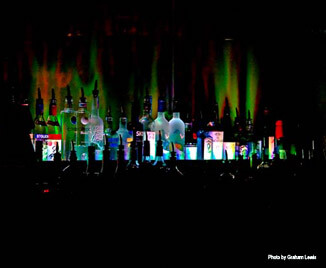 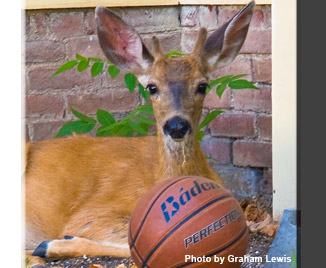 Rotary Club of Ashland -- Lithia Springs Rotarian of the Year, Service Above Self Award.

"In her prologue to her book, "Ashland, Oregon," author Barbara Tricarico acknowledges her "desire to chase my own light" as the inspiration for the various projects in which she has become involved over the years. "Chasing One's Own Light" could easily have served as the subtitle for this amazing book. Clearly, during the course of selecting photographs for inclusion in "Ashland, Oregon," Ms. Tricarico has "chased" a lot of light. There are glorious shots of sunsets, the melancholy lighting of fog-misted streets, sparkling lights that grace mountains, and other light displays that border on the beatific.

There are several ways to examine the dazzling photographs included in this volume. I particularly enjoyed scrutinizing the photographs for clues as to the personalities of the artists. I've never met photographer Graham Lewis but, based on his photograph titled "F-15 Flyover," he seems to have both a delicate touch with his camera and a thoroughly enchanting sense of humor. His photo depicts two F-15 aircraft flying as part of Ashland's celebration of the Fourth of July. What makes the photograph both extraordinary and comical is that Mr. Lewis has captured the aircraft as they seem to be flying directly above a highway sign reading, "Left Turn Yield to Oncoming Traffic." Looking at this photograph, the idea that supersonic aircraft should be governed by earthbound traffic signs seems almost plausible.

Another approach that I took when examining "Ashland, Oregon" was simply to try to identify my favorite photograph in the collection. It's a challenge. After considerable indecision, I settled on "Lightning Storm Over Emigrant Lake," an intriguing shot by Sean Bagshaw. Mr. Bagshaw has captured multiple stands of lightning as they strike a hill near Emigrant Lake. The tones in this photo could variously be described as ominous, mysterious, or simply scary. Yet, I see a hopeful sign in the reflection that the lightning casts on the lake. So dominating are the dark tones in "Lightning Storm" and so awesome are the strands of lightning that one could easily overlook the solitary sparkle of light that appears somewhat inconspicuously close to the lake. To my mind, this photograph provides an apt metaphor for the entire book; there are so many dazzling photographs that one might fail to recognize and fully appreciate the subtle joys contained on each and every page. There is a need to pass through the pages of "Ashland, Oregon" several times to fully realize the beauty that Ms. Tricarico and her fellow photographers have captured.

There are photographs in "Ashland, Oregon" that will amaze and astound. There are soothing photographs and humorous ones. Ms. Tricarico has done a terrific job of organizing a vast collection of interesting and appealing shots into a cohesive and well-formatted volume. Need a gift idea for the holidays or some other occasion? This book may be your answer. It truly is a special delight!

From Amazon.com book review of "Ashland, Oregon" by Barbara Tricarico


Rory and I were just looking at our wedding pictures and I just wanted to write you a quick note to tell you how much we love them! We are so grateful you could do them and they are just perfect :)
Thank you again SO much!!!

We thoroughly enjoyed our photoshoot with you, Graham. Your suggestions, patience and wonderful sense of humor made us feel comfortable and relaxed. Thank you!

It is addictive browsing through your photos. I got hungry!!! and inspired.

I just love that you take your camera everywhere! I thought of you often on our trip a week ago to AK as I slung my camera (Rebel XTi with a 28-300 lens) over my shoulder. While walking through Ketchikan, I asked a Haida lady in front of her home how long she had lived there. She told us all about teaching the native tongue in the schools, and how the young folks weren't carrying on the culture. She was in her 80s.Thanks for being such an inspiration.

How wonderful!  Thank you so much.  You are so good at capturing the moment.

I just opened the CD. So many great photos I'm going to have a hard time choosing.  Thanks so much.

It's going to be really fun going through the photos carefully and putting some of them on my website.

All the best, and I'll certainly call on you the next time I need a photographer, and I'll be sure to give you credit on the website.

"Thanks. It looks terrific. We have the best photographer in Ashland."  Deedie Runkle, Anne Hathaway's Cottage B & B and Garden Suites  March 21, 2011

“I've been pleased to use Graham for a photography shoot of my own, and I referred an organization needing photographic work to Graham, and they have used him several years in a row.” Doug Gentry  July 21, 2010

“Graham is extremely personable and responsive. He provided great value and service on an important family photo project, all with very little notice. Thanks Graham.” Guy Perrin

“Highest recommendations - Graham is a wonderful photographer and I am truly grateful to consider him a personal friend as well. He has my unreserved confidence both professionally and in terms of character.”  Richard Benson

“I first used Graham as a photographer in 2003 when I needed a portrait for a book jacket. He took a great picture and met the exact digital requirements that my publisher required. He has since taken many candid portraits of my family and we've always been very happy with his work.” Sean Kenefick

“Graham has a great eye -- his photographs are both realistic and yet creative. You will NOT get a boring product, but you will get a result that you love!”   Noreen Hulteen

“Graham provided photographs illustrating a variety of situations. He has a great gift of finding the photo that illustrates the idea we were trying to convey. I used several of his photos as a basis for my drawings.” Rachel Barrett

“I've known Graham for the past five years while I was working as Content Editor for the Southern Oregon Media Group and Web Editor for the Dow Jones Local Media Group. Graham is an outstanding member of the Ashland Chamber of Commerce and local photographer. He has produced shots of events in Ashland that have appeared in the local paper, Ashland Daily Tidings, and on its Website, which I managed. Graham produces quality images on deadline, which is critically important for the media industry. Graham has an outgoing welcoming personality and is well known throughout the Ashland community.”   Mike Green

“What CAN'T you say about Graham? He is professional, ethical and driven by what matters; Honestly serving fine folks with fine service and results. I've worked with Graham in charitable efforts and events I'll be the first to say that he is a stand up guy with integrity combined with a keen eye for detail. What more can you ask for? Thanks Graham."  Ron Hansen

“I have been a fan of Graham Lewis and his photography for years. He captures the true heart and soul of our community in the pictures he takes of our town and it's citizens. I highly recommend him to people that need professional shots of people or events. He doesn't get in the way and he isn't pushy.”   Jim Teece

“Graham is an excellent photographer whose passion for the art fuels his skill at landscape, natural, and architectural imagery. He is especially gifted at culinary (food) depictions. Moreover, his affable demeanor makes him very proficient at photographing people; he brings out the best in all of us.”   Kevin Wallace

“Graham's work as a photographer speaks for itself - it is beautiful! I highly recommend him in all of his professional capacities.” Rabbi David Zaslow

Graham received his first camera at 8, a darkroom at 10. He is seldom without a camera.

He transitioned to digital in 2000.  Graham shoots with state of the art Canon 5D Mark II 21.1 Megapixel, CMOS full frame camera to insure you receive the best quality images.

Artists say he has a natural eye.  His skills in the digital darkroom make your images suitable for web, print media, or framing. He works with food, products, architecture, events, and pets.

Click HERE to visit his blog, a way for you to see many examples of Graham's work. Please call 541.292.0776 to schedule a shoot or purchase images.