Questions for the Forums were created by the Chamber's Executive Committee and were sent to the candidates in advance. The discussion was chaired by Ashland Chamber Legislative Chair, Cindy Bernard and Ashland Chamber President, Mary Gardiner and moderated by Board Members - Gary Blake, Sheila Clough and Marie Lange. They were filmed at the SOU Digital Media Center - RVTV Studios.

The forums will be broadcast on the following media outlets throughout the month of October until Election Day - November 6th, 2018:

Watch or listen online here at ashlandchamber.com/LegislativeForums -
SCROLL BELOW for links to watch online or to listen to the audio version

The forums will be aired locally on the following channels:

For the PRIME and CIVIC channels – Each Candidate Forum will be available for viewing at least twice per week per RVTV channel beginning October 1st.

NOTE: This programming schedule is subject to change by the RVTV Studios.  Schedules may be altered if LIVE government programs are previously scheduled.  Please continue to check your local listings for the most current program schedule.

The Ashland Chamber of Commerce’s Legislative mission is to provide an opportunity for our members and the greater community to learn about candidates for office and issues. Unlike traditional Chamber models, the Ashland Chamber chooses not to have a Political Action Committee that supports candidates for office. Additionally, we do not participate in the political actions of the US Chamber of Commerce in regard to candidates and issues as we choose to not be members given their current political emphasis.

The Ashland Chamber has many decades of long relationships within the business sector and through effective community partnerships with SOU, the hospital and OSF and with the City of Ashland.  We promote business and the community by providing business resources, creating events such as the Festival of Light and 4th of July, promote tourism, the economy, improve the quality of life and serve as the welcome center for our city.  Over 700 businesses are members of the Chamber representing thousands of employees and jobs and hundreds of community volunteers who are engaged citizens helping to make our community better every day. We believe in collaboration and effective relationships which we hold dear.

The Ashland Chamber is a private, non-profit mutual benefit association.  We required that the candidates refrain from and sign a consent form to prohibit any form of speech that includes profanity, obscenity, hate, racism, or vulgarity or that is insulting or offensive to any ethnic, religious, political or other identifiable group or individual, as determined by the forum moderator. Candidate Theo White declined to participate as he refused to sign
our Consent Form, which is required in order to participate.
WATCH City Council Position #2 HERE: https://youtu.be/6SDJXWR8-jY 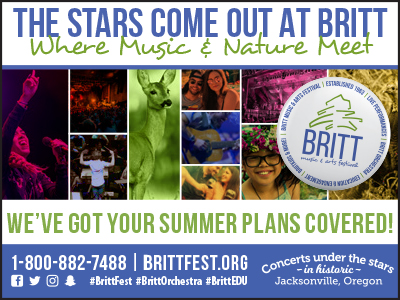