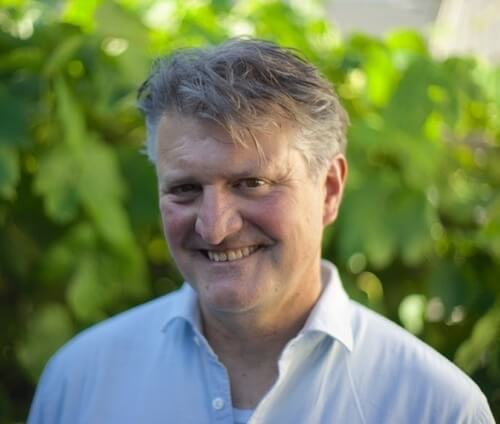 A native Oregonian, Cory Schreiber grew up in Dan & Louis Oyster Bar, his family’s Portland restaurant founded by Cory’s great grandfather in 1907. After working for 13 years in restaurants from San Francisco to Chicago to Boston, Cory returned home to the West Coast in 1994, to open Wildwood Restaurant.  He quickly joined the ranks of leaders of the region’s bustling culinary scene, winning the James Beard Award for Best Chef Pacific Northwest in 1998.  In 2000, he published his first cookbook, Wildwood: Cooking from the Source in the Pacific Northwest (Ten Speed Press). For a man who cherishes the land, its people, and its produce with the same ferocity that native Oregonian Beard did, there could hardly be more fitting professional accomplishments.

In 2007, Cory left Wildwood to apply his deep knowledge and considerable experience with local, seasonal food as the Oregon Department of Agriculture’s Farm-to-School Program Manager. During his tenure with the ODA, he wrote his second cookbook, Rustic Fruit Desserts (Ten Speed Press, 2009), which he co-authored with Julie Richardson.

In January 2010, Cory joined the faculty of the Art Institute of Portland as its “culinary artist in residence,” a post he held until 2016.  During his time there, Cory brought a contemporary focus to seasonal cooking, with an emphasis on sourcing and preparing high quality ingredients. Sharp, the school's restaurant, was the outlet for Cory's detailed curriculum, which examined how ingredient selection, technique, flavor and texture are directly tied to success on the plate.

Currently, Cory is a chef consultant for Sysco, the nation’s largest foodservice marketer and distributor. Whether cooking in the kitchen or meeting up with producers in the field, Cory is excited to have the opportunity to affect change by working for a company committed to conducting their business sustainably, especially in the areas of food, operations and community.

Cory also works as the culinary commentator for local NBC affiliate's Portland Today, which airs on KGW/Channel 8. In this role, he brings food and drink-centric stories to the public, shares tips and insights with home cooks and professionals, and showcases the recipes and techniques that he has developed for this website,